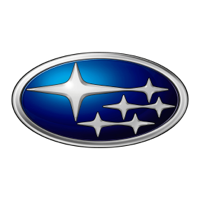 Subaru cars are known for their use of a boxer engine layout in most vehicles above 1500 cc. The Symmetrical All Wheel Drive drive-train layout was introduced in 1972. Both became standard equipment for mid-size and smaller cars in most markets by 1996. The lone exception is the BRZ, introduced in 2012 via a partnership with Toyota, which pairs the boxer engine with rear-wheel-drive. Subaru also offers turbocharged versions of their passenger cars, such as the WRX, Legacy and Outback XT, Ascent, and formerly the Legacy GT and Forester XT.

Subaru Car News in the Philippines

Does the 2024 Subaru Impreza impress?

The all-new 2024 Subaru Impreza has been unveiled at the 2022 Los Angeles Auto Show. As the sixth generation of the famed Impreza line of the Japanese brand, it will now come as a 5-door hatchback sans the sedan. Three trims have been announced, Base, Sport, and the new RS. Whats new?Highlighting the unveil is the RS variants 2.5-liter 184 PS and 241 Nm Subaru Boxer engine, which is mated to a CVT with eight preset ratios available in manual mode using the paddle shifters. Also, a first is the 1

A blue silhouette set against a black background.It isnt much, but Subaru said this is the all-new 2024 Impreza. The steeply raked rear windscreen also indicates that it will also be available in hatchback form.The Japanese carmaker said its top-selling compact model, which takes on the Toyota Corolla Altis, Mazda3, and the Honda Civic, will debut at the Los Angeles Auto Show on November 2022.Subaru remained mum on any changes to the drivetrain or suspension, but the next-generation Impreza may

If you’re a regular at the annual Manila International Auto Show, you will have heard of Russ Swift.He has become the darling of motor shows worldwide because of his incredible precision driving showcases. Even with ordinary cars, he can execute flawless reverse J-turns, drive up on two wheels, and, his signature stunt, parallel park in the tightest spaces.This weekend, you can witness the legendary autotester in action at the second Subaru Advanced Technology Drive on Oct. 7-9, 2022 at th

Read More
How Fuel Efficient is the 2022 Subaru WRX?

Long before its recent launch, the 2022 Subaru WRX was much awaited by car enthusiasts, especially race car drivers, who were looking forward to a better and bolder sport compact car. The WRX draws its inspiration from when Subaru joined and won the World Rallying Championship manufacturers trophies from 1995 to 1997, along with the drivers championships in 1995, 2001, and 2003.Indeed, it has several attributes that make it one of the most sought-after high-performance cars. Its specifications b

The competition is tough in determining the best car model in a particular segment as several factors are considered and weighed to pick the best in the class. First of all, we consider its safety and security features, innovative features, its price, its overall aesthetic appeal, and its powertrain components. As car manufacturers promise a lot upon introducing their new models, the competition and expectations have gotten fiercer. But among the listed criteria, one of the most important and re

Read More
Why is the 2022 Subaru WRX's Price Raising Eyebrows?

When you press add to a cart on your favorite online shopping platform, most of the time, you are contemplating and hoping for your purchase to be worth it when it arrives. What more if you are going to spend more than two million pesos? Surely, you will be careful in making decisions involving that considerable amount of hard-earned money, right? And being prudent means finding out whether what you want to purchase will benefit you or just put additional stress on you, especially in the long ru