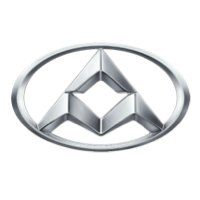 Through a spirit of independent innovation and focus on consumer and environmental demands, the SAIC Group is now Forbes magazine's 10th most powerful automotive company in the world.

The Maxus auto brand traces its British roots to as far back as the creation of the Leyland Steam Van in 1896, followed by the start of Leyland Motors in 1907. This company eventually expanded its products to include sedans, buses and other commercial vehicles throughout its long history. The Maxus nameplate first appeared with the launch of the “Maxus” prototype LD100 van at the end of 2004. The distinctive Maxus V80 and Maxus G10 first rolled out in 2011 and 2014, respectively, with the Maxus G10 Premium MPV establishing the Maxus brand image.

Through this 123-year history, Maxus has become one of Europe's most influential and recognized commercial vehicle brands, and a leader in the design, production and distribution of international commercial vehicles.

LDV launched the Maxus brand in 2004, and in 2010 Shanghai Automotive Industry Corporation (SAIC) acquired the assets of the LDV Group and continued the Maxus brand which has current distributorships in Latin America, Australia, New Zealand, Europe and Africa, among others.

Maxus has been investing in new technologies, prototyping a pure electric wide-body light bus in 2014, an all-electric MPV in 2016, and a hydrogen fuel cell vehicle and internet-connected SUV in 2017.

It is this European heritage, coupled with the powerful global support of SAIC, that provides AC Industrials with the confidence to introduce the Maxus automobile brand in the Philippines. AC Industrials and Maxus Philippines CEO Arthur Tan said, "The Maxus brand continues AC Industrials' strategy of providing automobiles and motorcycles that not only speak of the rich heritage of their countries of origin, but are also the best examples of a global collaboration in vehicle engineering, design, assembly, and distribution."