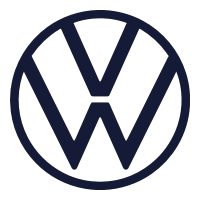 Volkswagen  is a German motor vehicle manufacturer headquartered in Wolfsburg, Lower Saxony, Germany. Founded in 1937 by the German Labour Front, known for their iconic Beetle, it is the flagship brand of the Volkswagen Group, the largest car maker by worldwide sales in 2016 and 2017. The group's biggest market is in China, which delivers 40% of its sales and profits. The German term Volk translates to "people", thus Volkswagen translates to "people's car".

Volkswagen Car News in the Philippines

The Top 10 Cheapest Cars in the Philippines in 2022

Throughout 2022, the Philippines has experienced hardship and calamity left and right. From raging typhoons to runaway inflation, it seems the year decided not to be kind to the resilient Filipinos.That same resiliency can be found in the robust car market that sells some of the cheapest cars weve seen in a decade.Here we round up 10 of the cheapest cars available to Filipino buyers, and if you stick around to the last vehicle, there is a bonus choice that may prove interesting to many.10. Chevr

According to Hot Cars.com, certain 'key' specific features constitute an entry-level vehicle; a nest of elements that for the most part, were generally overlooked and perhaps, surprisingly ignored by many.The fact is, you may already have driven or owned one of these so-called 'entry-level cars' yourself but didnt quite know it yet or can tell the subtle difference between your car and those of your next-door neighbors er, hot rod well, since youre simply reduced to just shrugging off the whole