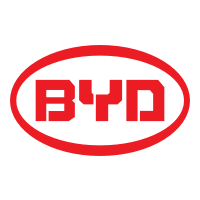 BYD was founded in 1995 as pioneer in battery technology, BYD’s mission is to change the world by creating a complete, clean-energy ecosystem that reduces the world’s reliance on fossil fuels.

Throughout its 27 years of high-speed growth, BYD has evolved from a small company with start-up with only 20 employees into a global company with more than 230,000 employees today. BYD has established over 30 industrial parks across six continents and has played a significant role in industries related to electronics, automobiles, new energy and rail transit.

BYD Car News in the Philippines

The very first story I wrote for AutoFun Philippines, after a four-year hiatus as a motoring journalist, was about Republic Act 11697 or the 'Electric Vehicle Industry Development Act.'Most legislative stories would bore me (and many of you) half to death, especially when you have to decipher all the provisions of a law. But this particular measure piqued my interest because it provides the framework for the growth of electric vehicles (EV) in the country, from the cars to the charging stations

BYD Philippines has quietly released the pricing for the highly anticipated 2023 ATTO 3 EV SUV. Two variants of the popular compact SUV-sized electric vehicle are available now for pre-ordering with a reservation fee of PHP 1,000,000 for each unit.The ATTO 3 standard range Dynamic comes with a 50 kWh battery pack and 430-kilometer NEDC (320 km WLTP) range. It is priced at PHP 2,498,000. While the 60 kWh battery pack-equipped ATTO 3 Premium has a 520-kilometer NEDC (420 km WLTP) range and is pegg

Chinese electric vehicle manufacturer, BYD and Toyota are collaborating on a new EV sedan called the Toyota bZ3. In what looks like the production version of the Toyota bz SDN concept unveiled in 2021, the upcoming EV will run on BYDs FinDreams Battery and electric motors. It will sit on Toyotas new e-TNGA pure electric platform.The rear-wheel drive bZ3 will be produced by FAW Toyota, the joint venture manufacturing plant of Toyota and FAW, based on information released by Chinas Ministry of Ind