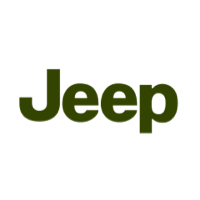 Jeep is an automobile marque originating in the United States, now owned by multi-national corporation Stellantis.Jeep has been part of Chrysler since 1987, when Chrysler acquired the Jeep brand, along with remaining assets, from its previous owner American Motors Corporation (AMC).

Jeep's current product range consists solely of sport utility vehicles – both crossovers and fully off-road worthy SUVs and models, including one pickup truck. Previously, Jeep's range included other pick-ups, as well as small vans, and a few roadsters. Some of Jeep's vehicles—such as the Grand Cherokee—reach into the luxury SUV segment, a market segment the 1963 Wagoneer is considered to have started. Jeep sold 1.4 million SUVs globally in 2016, up from 500,000 in 2008, two-thirds of which in North America, and was Fiat-Chrysler's best selling brand in the U.S. during the first half of 2017. In the U.S. alone, over 2400 dealerships hold franchise rights to sell Jeep-branded vehicles, and if Jeep were spun off into a separate company, it is estimated to be worth between $22 and $33.5 billion—slightly more than all of FCA (US).

Jeep Car News in the Philippines

5 Reasons that Make the 2022 Jeep Wrangler a Worthy Buy

When it comes to popularity, the iconic Jeep Wrangler will always be a Hall of Famer because of its unique physique and undying charisma. It is a dream off-roader for young men and those who have witnessed its progression in decades. But what makes it stand out and worth buying in our time?Jeep Wrangler IconicHow exciting is it to have one of the most iconic cars ever? Jeep Wrangler has already had a name in the automotive field since the time it was first developed and used. Its not like those

What does it take to impress you? We all have a specific preference, especially for things that require a lot of money like cars. If youre not yet sure what kind of vehicle to get but youre up for an adventure, maybe I could share with you some reasons why you should consider the Jeep Gladiator.5 Reasons why you should get a Jeep Gladiator this 2022:1. 2022 Jeep Gladiator is an iconic brandYes, thats right - iconic. The legacy the Jeep brand has left on the automotive industry will never be eras

Read More
What Makes the Jeep Wrangler So Special?

Several factors contribute to our decision-making, especially if it involves a large amount of money. Is it worth its price? Does it have what I need, or it just answers 'yes' to my wants? Whether we are after our wants or our needs, the endpoint is that it has to supply to our satisfaction. Whenever we buy a piece of clothing, we consider the material used for it. Sometimes, we also think about who made it and how it was made. Of course, we see if it does fit well and if it does look good on us

Read More
Jeep Gladiator vs. Ford Ranger Raptor: Which is the Better Off-Roader in Driving Performance?

If youre up for an extreme outdoor adventure, most likely, you are into off-road vehicles and high-performance pickup trucks. And one of the most remarkable in the category is the iconic Jeep Gladiator – an ultimate toy for the big boy.A unique selling propositionEven though several years have passed since it was born, the Jeep Gladiator, together with its SUV sibling the Jeep Wrangler, continues to impress the automotive world with its unique features and distinct capabilities on- and off

Read More
The 2022 Jeep Gladiator: Does It have High Fuel Consumption?

When it comes to power and style, you can never go wrong with the 2022 Jeep Gladiator. The brands legacy speaks about its products robustness and agility over the years. Unlike other pickup trucks today, the Jeep Gladiator has a distinct, iconic look and robustness about it that makes it stand out in the market. As enthusiasts would say, 'Iba ‘yung Jeep.' And we reckon, it will remain in the market even as its competitors change and evolve. Its a Jeep and that means its legacy, power, capa

Most of us have our dream cars. For girls like me, crossovers and small cars are my cups of tea. But its the other way around for most boys, as they want something aggressive and dominating on the road. And perhaps no other kind of vehicle can be both other than a high-performance pickup truck.Even though several pickup models roam around and outside the city today, one stands out because of its iconic attributes and stance. On- and off-road, there is one pickup that carries itself with self-as