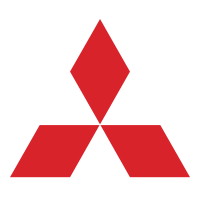 Mitsubishis obsession with retaining the L300 brand every year is akin to Filipinos obsession with Voltes V.Its long-standing, occasionally feel-good, sometimes head-scratching, and full of nostalgia.Most local folks feel the same about the Japanese diamond star nameplate. However, the spartan sturdiness of the all-purpose hauler made it a hit (especially in the provinces), so why mess around with a swinging act?The L300 platform can be configured depending on business needs. A ladder frame skel

Much more impeccably stylish than your average-looking bear, er, workhorse, the Isuzu Traviz has more than good looks to offer but on a previous article which pitted the brawnier Traviz against the much compact but top-caliber hauler, Mitsubishi L-300, performance results were somewhat troubling for the former as it was being hailed as a light-duty truck destined for small and medium-sized enterprises (SME’s) much like the latter, hence, the unlikely but amiable rivalry between these two i