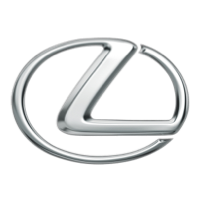 Lexus is the luxury vehicle division of the Japanese automaker Toyota. The Lexus brand is marketed in more than 90 countries and territories worldwide and is Japan's largest-selling make of premium cars. It has ranked among the 10 largest Japanese global brands in market value. Lexus is headquartered in Nagoya, Japan. Operational centers are located in Brussels, Belgium, and Plano, Texas, United States.

Lexus vehicles are largely produced in Japan, with manufacturing centered in the Chūbu and Kyūshū regions, and in particular at Toyota's Tahara, Aichi, Chūbu and Miyata, Fukuoka, Kyūshū plants. Assembly of the first Lexus produced outside the country, the Canadian-built RX 330, began in 2003. Following a corporate reorganization from 2001 to 2005, Lexus began operating its own design, engineering and manufacturing centers.

Since the 2000s, Lexus has increased sales outside its largest market, the United States. The division inaugurated dealerships in the Japanese domestic market in 2005, becoming the first Japanese premium car marque to launch in its country of origin. The brand has since debuted in Southeast Asia, Latin America, Europe and other regions, and has introduced hybrid vehicles in many markets.

Lexus Car News in the Philippines

Better than EVs? Hybrid Cars in the Philippines Detail List

Gone are the days when you had to wait for the number-coding window hours to drive your Lexus hybrid.Lexus Philippines said in a November 2022 press statement that all its hybrid models are covered under the exemptions provided by Republic Act 11697 or the “Electric Vehicle Industry Development Act.”“Lexus continues to be driven in offering its customers with hybrid electric vehicles that provide comfort, practicality, and sustainability which, because of the new law, you can n

Read More
Best 7-seater cars in the Philippines: A variety of choices when 5 seats aren't enough

As the average Filipino family grows, the need for a car that can fit them all grows as well. In the past, the minimum requirement was five - dad, mom, two kids, and maybe a grandparent or the househelp.Today, the average Filipino buyer needs to consider at least six seats when buying a vehicle - dad, mom, at least two kids, the nanny, and possibly both grandparents.Not only that but because of the modern familys versatility in income - possibly from both a steady job and a family business - the

The relentless pursuit of perfection continues with Lexus as it introduces a round of upgrades to the tuned edition of its venerable compact sedan, the IS series. As the pinnacle of the brand’s Lexus Driving Signature ethos in the compact category, the IS 350 F Sport deserves enhancements that will further amplify confidence, comfort, and overall love of driving.New for the IS 350 F Sport is a Limited-Slip Differential or LSD. Essential in providing greater control and satisfaction when ta

Lexus Manila, the official importer and distributor of Toyotas luxury brand in the Philippines, has introduced a new variant to its ES lineup.The company said in a press statement that it has brought in the ES 300h Luxury variant, which slots above the ES 300h Executive. The range-topper remains to be the ES 350 Premier.The ES 300h Luxury adds to the Executive model by offering: 18-inch alloy wheels Rain-sensing wipers A 10-way, power-adjustable drivers seat with memory function An 8-way

If you think Lexus is a brand that caters only to middle-aged men, loaded car enthusiasts, and company CEOs, then you must not have heard of the UX yet. Lexus considers the UX subcompact crossover as its gateway model, meaning it is the most affordable crossover in the lot. It still showcases the brand’s design and technologies despite being in the lower tier of the lineup. But there’s nothing much lower-tier about the Lexus UX as it now sports a Hybrid Electric powertrain under the