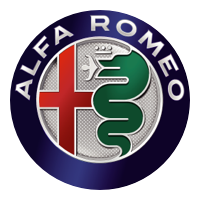 Alfa Romeo Automobiles S.p.A. is an Italian premium car manufacturer and a subsidiary of Stellantis. The company was founded on 24 June 1910, in Milan, Italy. "Alfa" is an acronym of its founding name, "Anonima Lombarda Fabbrica Automobili." "Anonima" means "anonymous", which was a legal form of company at the time, as it was founded by anonymous investors. In the initial set-up phase, in order to have a building to produce cars, the company bought the Portello factory building of Darracq in Milan, which was closing up and selling all its assets. The brand is known for sport-oriented vehicles and has been involved in car racing since 1911. Alfa Romeo was owned by Fiat Chrysler Automobiles, the company that was responsible for the production of Alfa Romeo cars until its operations were fully merged with those of the PSA Group to form Stellantis on 16 January 2021.

The first car produced by the company was the 1910 24 HP, designed by Giuseppe Merosi. A.L.F.A. ventured into motor racing, with drivers Franchini and Ronzoni competing in the 1911 Targa Florio with two 24-hp models. In August 1915, the company came under the direction of Neapolitan entrepreneur Nicola Romeo, who converted the factory to produce military hardware for the Italian and Allied war efforts. In 1920, the name of the company was changed to Alfa Romeo with the Torpedo 20–30 HP the first car to be so badged.

2022 Mazda3 Powertrain Short Review: Is it with a powerful powertrain system?

Have you ever seen a dream romping on a big set of wheels? Wait until you see the Mazda3 er, more specifically the 2022 CX-30 and see your eye pop out not just in amazement but also you’ll get to see how the particular effect of this car fires up the neurons for greedy connections which trigger the mind-your mind about how on Earth that such a piece of work such as this spectacularly fine-tuned machine has ever gotten assembled in the first place, (not that were complaining) from the first