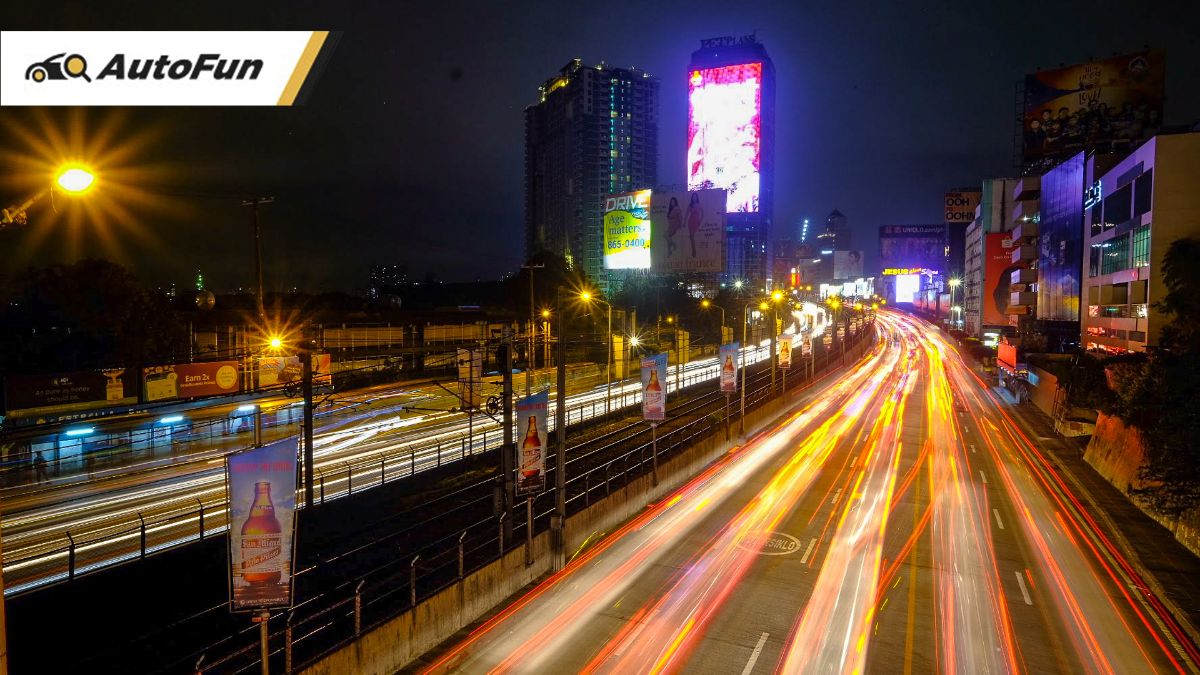 If there's one thing motorists who drive in Metro Manila have to get used to, it's MMDA number coding. But how did "coding" start, and how has it evolved over the years? Does it work? Are there other places it is enforced? These are just some of the questions we would like to answer in this informative piece.

What is the MMDA Number Coding Scheme?

What is the current MMDA Number Coding Scheme?

What are the Plate Number Digits and the Corresponding MMDA Number Coding Day?

What are Window Hours?

What vehicles are exempt from the MMDA Number Coding Scheme?

What is the fine for violating the MMDA Number Coding Scheme?

What Major Roads are Covered Under the MMDA Number Coding Scheme?

Cities outside of Metro Manila with their MMDA Number Coding Scheme

What is the MMDA Number Coding scheme?

The MMDA Number Coding scheme is the basis for the Unified Vehicle Volume Reduction Program (UVVRP). This government program aims to decongest the main roads of Metro Manila and ease traffic, more particularly along Epifanio Delos Santos Avenue (EDSA) during rush hours. Implemented by the Metro Manila Development Authority (MMDA), private and public utility vehicles are restricted from traversing the main roads based on the last digit of the vehicle's license plate (or conduction sticker if a license plate hasn't been issued to the vehicle yet) from Monday to Friday. Since its initial implementation in 1995, the general Filipino populace has referred to it as the MMDA Number Coding Scheme.

Serving as the executive director of the Metropolitan Manila Development Authority's traffic management office, Col. Romeo Maganto conceptualized the UVVRP number coding scheme on an experimental basis in 1995. It initially covered public utility vehicles, later expanding to all cars. In addition, vehicles covered under the original UVVRP were banned from EDSA for the entire day. Since then, the UVVRP has been updated and revised by the MMDA to the currently used scheme. 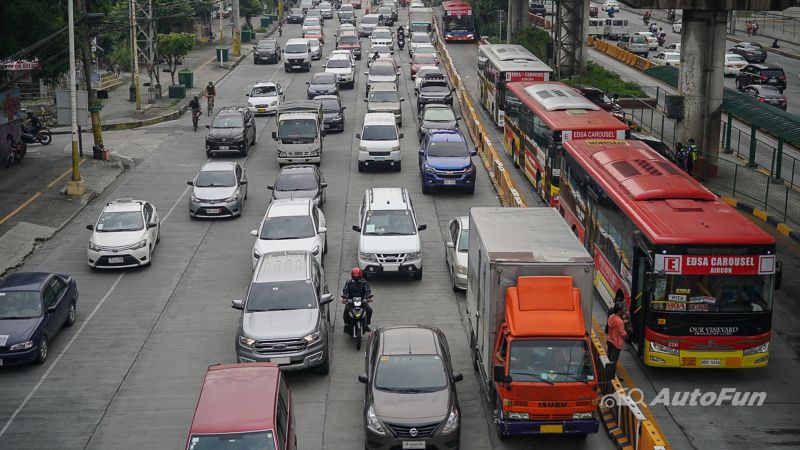 What is the current MMDA Number Coding scheme?

During the height of the pandemic, when mobility was limited, the UVVRP was temporarily suspended. As the traffic situation has gotten back to pre-pandemic levels, it was put back into full effect on August 15, 2022. Furthermore, the MMDA also stated that the Number Coding scheme would have morning and evening coding hours, from 7:00 AM to 10:00 AM and 5:00 PM to 8:00 PM on Mondays, Tuesdays, Wednesdays, Thursdays, and Fridays. Weekends and holidays are exempted. The designated window hours for coded cars are between 10:01 AM to 4:59 PM and 8:01 PM until 6:59 AM the next day.

What are the plate number digits and the corresponding MMDA Number Coding day?

Plate numbers that end with 1 and 2 are not allowed to travel on certain roads every Monday. The same policy applies to plate numbers 3 and 4 every Tuesday, 5 and 6 every Wednesday, 7 and 8 every Thursday, and 9 and 0 every Friday.

What are Window Hours?

Simply put, these are the hours between the number coding period whereby motorists can go around their cities without getting apprehended. However, the window hours system does not cover Radial Roads, Circumferential Roads, and National Roads. Despite the absence of window hours on the roads mentioned above, motorists can still cut through these roads by taking secondary routes. Best to check the window hours schedule of the respective location you plan to pass through.

In August of 2022, the MMDA announced that the window hours would be from 10:01 AM to 4:59 PM. This addresses the heavy traffic volume as the travel restrictions have drastically eased since the pandemic began.

Here are some roads in Metro Manila without window hours: 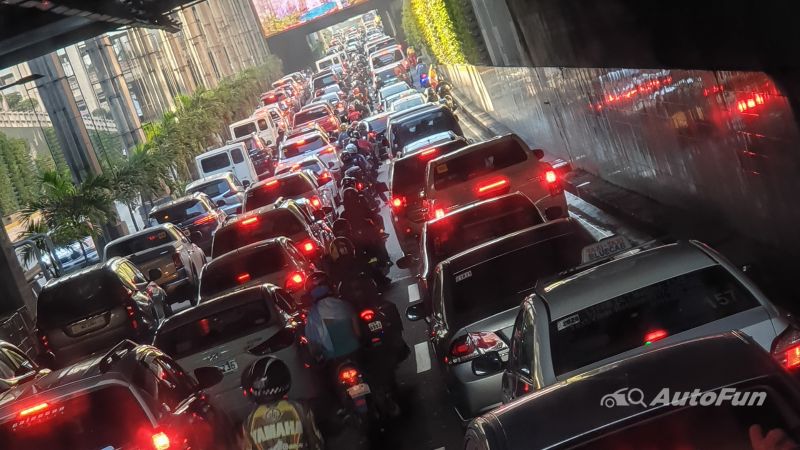 What vehicles are exempt from MMDA Number Coding?

The following vehicles are exempted from the MMDA number coding scheme

What is the fine for violating the MMDA Number Coding Scheme?

If ever caught violating the number coding scheme rules or UVVRP, there's a standard fine that costs P300. The penalty must be settled within seven days, or you face additional fines upon renewing your driver's license.

What roads are covered under the MMDA Number Coding Scheme?

All major roads in Metro Manila that fall under the jurisdiction of the MMDA shall follow the MMDA number coding scheme starting from 7 AM to 10 AM and 5 PM to 8 PM with window hours from 10:01 AM to 4:59 PM. Here are the major thoroughfares that you need to keep in mind:

Makati is the only city that does not follow the MMDA Number Coding window hours. The MMDA number coding rule applies from 7 a.m. to 7 p.m. A standard fine of P300 will be imposed on violators. Makati City, however, does exempt vehicles carrying senior citizen Blu Card holders as drivers or passengers and those under official functions and medical emergencies as stated in the Makati code. 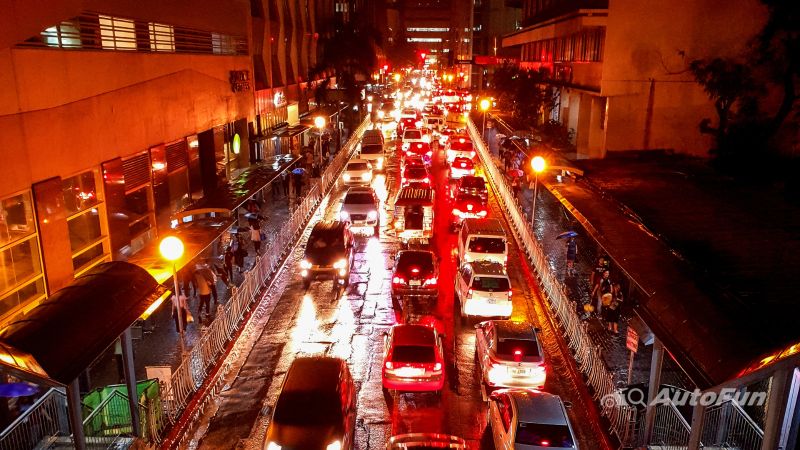 The MMDA solely uses the number coding method within Metro Manila. However, these five cities/areas are exempted, excluding their congested roads, according to the Department of Transportation:

Moreover, while Pasay is within the coding area in the metro, some parts of the city are excluded from the MMDA Number Coding Scheme, such as MIA Road, Domestic Road, Airport Road, Sales Road, and portions of Buendia.

Cities outside of Metro Manila with their MMDA Number Coding scheme

As traffic woes stretch towards other provinces and towns, such as Baguio, Cavite, Cabanatuan, and Dagupan, they have adopted their number coding schemes. For the most part, the cities above also follow the daily conduction sticker or license plate restriction.

Implemented during weekdays and applies to all motor vehicles, based on the last number of their license plates (or conduction sticker in the absence of a license plate), are prohibited from entering or operating within the number coding zone on a given weekday starting from 7 AM to 7 PM:

Cavite City has also been practicing the UVVRP, with its MMDA number coding scheme being implemented during weekdays from 6 a.m. to 7 p.m. on major thoroughfares within the territorial jurisdiction of the province.

The primary purpose of the MMDA number coding scheme is to reduce traffic on main thoroughfares, particularly during the morning and afternoon rush hours. But even with the current MMDA Number Coding Scheme in full effect, the sheer volume of vehicles that continue to ply our major roads daily puts a strain on traffic flow.

Both proposals are still subject to approval by the Metro Manila Council, and additional studies must be done to prove their effectiveness. While they aim to limit the use of private vehicles, these proposals have been criticized by motorists, mainly because most will have difficulty adapting to this scheme. Most especially those with only one car that they will not be able to use for two days a week. Even if they have two vehicles, imagine not being able to use those two cars four times a week. It's not the best solution given our traffic situation. 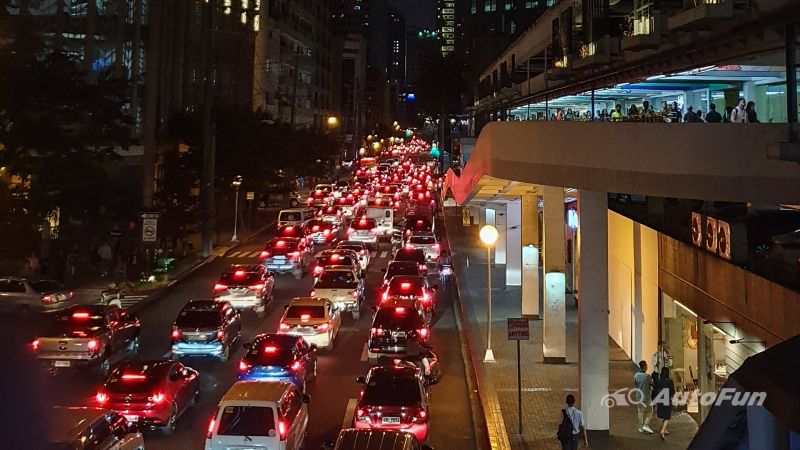 As the entire country reels itself from the pandemic, industries, businesses, and offices will start to flourish, causing the workforce to increase. While it is good for the economy, it will also lead to more traffic woes, especially during rush hour. For most Filipino motorists living in Metro Manila, this has become a mainstay in their daily drive around the city.

Hopefully, the addition of more alternative roads, such as the Skyway, and constant road clearing operations will somehow ease the worsening Metro traffic. But until then, the MMDA should develop more viable solutions to update the MMDA Number Coding Scheme or the Unified Vehicle Volume Reduction Program (UVVRP) to become more effective.